Country to Adopt to

3 year old Batel is missing half a front leg. We have fitted him with a prosthetic leg so that he can run around without fear of hurting / straining his joints. After recent surgery on his leg this may need adjusted however, we will not know until his leg has fully recovered. His leg will need life time management incase he gets wounds on his stump.

Batel needs a home where he will not be over walked. His remaining front leg has stretched ligaments and he sometimes wears a boot to protect his paw as 2 of his toes were cut off. As his pad toughens up he shouldn’t need to wear his boot as long as he is not on ground that is too rough all of the time.

His 2 back hips were dislocated however he has now had double hip surgery to correct this.

Despite Batel’s issues, he is such a happy boy, he is a huge baby, rolling around playing with his toys and asking for cuddles. He has a LOT of love to give.

Batel cannot be re-homed with children and he cannot be anywhere near children at any time as he is reactive to them. Batel has issues with close crowds of people and strangers that approach him too quickly, too closely. When he gets scared he has been known to grab the ankle of the nearest stranger as a reaction. He has never bitten down, only grabbed. He can quickly gain trust however and would not do this to somebody that he knows.

He cannot be re-homed with cats as while he can ignore some cats, others he has been known to chase and lunge at.

Batel is VERY intelligent and would benefit from training. He loves feeding games and anything else that can challenge his mind. He loved to follow the people that he loves around and he loves to watch everything that is going on.

Batel has lived with other dogs but needs the right introduction to them and cannot be homes with any reactive dogs. He is a dominant dog and will definitely take charge over other dogs. He would be happy as an only dog if he was getting enough attention from his family.

A loving home that is willing to learn how to use his prosthetic leg and take life at Batel’s pace.

A home that has experience of German Shepherds.

A home that is willing to work with Batel with training.

A home that is willing to visit Batel more than once at Gainsborough before adoption.

A home that is willing to stay in contact with Miracle’s Mission throughout Batel’s life as we are offering full life time support for any of his needs. 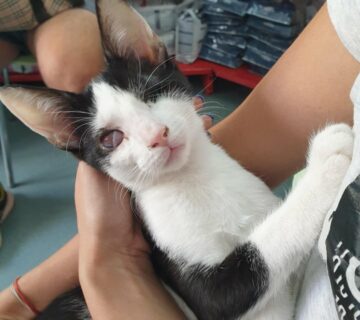 Oranga (unable to use hind legs) – Looking for Foster or Adopter 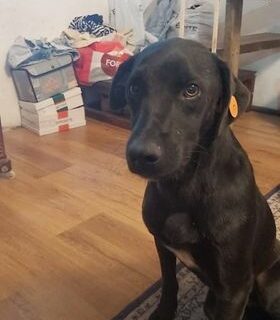 Sima (Spinal injury, may need wheels on walks)- Looking for a Foster or Adopter

Any cookies that may not be particularly necessary for the website to function and is used specifically to collect user personal data via analytics, ads, other embedded contents are termed as non-necessary cookies. It is mandatory to procure user consent prior to running these cookies on your website.